SECON has been offering GIS Services since 1995 as a complement to its significant Surveying and Mapping experience.

SECON SPECIALIZES IN PROVIDING FULL SERVICE GIS SOLUTIONS THAT INCLUDE: 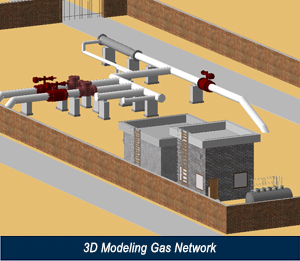 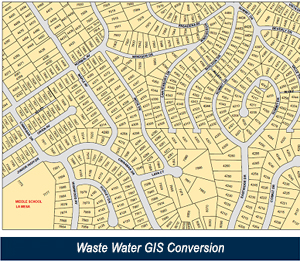 The area covered was about 250,000 sq km. Satellite imagery was extensively used for creating the Base Map followed by rapid field verification and surveys. The project was to identify potential user industries for gas and oil products and their location. Customized mapping was done for generation of industrial Base Map, Planning and distribution of pipeline network for supply of gas to the industries.

BASE MAPS PREPARATION AND RECONNAISSANCE SURVEY FOR CITY GAS GRID

SECON has executed Natural Gas Grid Pipeline Network project for the development of transportation network for Gas and other Hydrocarbon Products. The total network length is more than 6000 km. SECON conducted survey and GIS data conversion for over 3400 km. The project-involved creation of:

Reconnaissance and Route survey of the proposed Gas Grid Network of Reliance through the developed areas of Kakinada in Coastal Andhra Pradesh. Satellite Imageries were used for the planning and generation of digital landbase.

Preparation of Topographical map for ITPL Whitefield Bangalore, an IT hub of India.

Preparation of town planning map for the Vizag naval base Vishakapatnam.

Urban Properties ownership records for Mysore. Involved digitalize the Land records for Mysore District, Karnataka, India by implementing a special coding system, through which Automated Re-generation of property data was made possible

The detailed survey of topographical features and boundary details of properties using Total Station was carried and topographical maps prepared in digital form, at basic scales 1:500 and derived maps at 1:1,000, 1:20,000 with cadastral details for properties in the Local Planning Area (LPA) of Hassan. The area for survey and mapping was about 100 sq km, which included developed and undeveloped area.

GEO-DATABASE CREATION FOR ROUND TRIP ROAD DISTANCE VERIFICATION IN KARNATAKA

The road survey for the entire state of Karnataka was carried out to identify all weather motorable and the shortest routes for the movement IOCL vehicles (tankers) between its Terminals (2 No.s)/ depots (6 No.s) and the retail/consumer outlets (2241 No.s) to optimize IOCL resources

Design and implementation of Water supply and sanitation system for 119 settlements in Libya spread over an area of 1.7 million sq km covering 27000 hectares of land. The survey drawings were prepared using satellite imagery. The survey details, MP1000 details, Satellite imagery details were superimposed over Ortho rectified satellite imagery in different layers for better understanding of the drawing. This plan was used as the basis for the road LS/CS generation, design of proposed roads and utilities like water, sewage, storm water etc.

Geo-referencing of Orange county’s Water and Sewer network. The project involved preparation of 50000 AS-BUILT sheets and creation of 7000 Project polygons for the data

The scope of the project was to transfer the as-built digital data of different systems like Pipeline (3d), Station Piping (3d), Electrical, Instrumentation, Telecommunication, Cathodic protection and Fire & Gas into a GIS compatible format according to client's standard

Each City area is cartographically divided into cadastral maps that usually correspond to the administrative areas of the city. The project involved conversion of City maps of Italy available in hardcopy to a GIS platform. Digitizations of map sheets were carried out using the "Matrice" and updating it with the "Copione di visura".